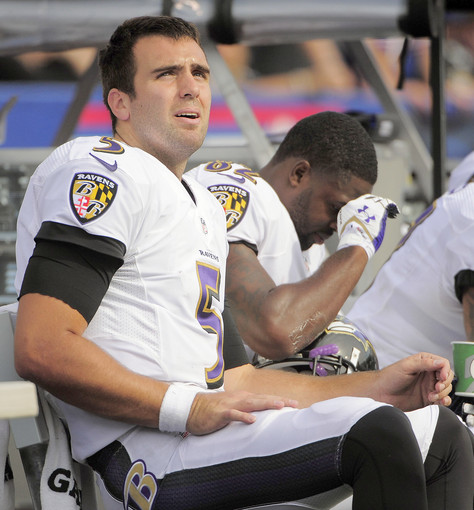 After a particularly rough start to the NFL season, I came into week 4 on high alert. I had excuses ready to go in case my picks tanked for the fourth straight week. And as Vernon Davis caught a 3rd quarter touchdown to put the 49ers-Rams game out of reach on Thursday night, I harped on one semi-legitimate reason for my awful picks: the timing of making those picks.

Since the NFL insists on a game every Thursday, that means Pick ‘Em leagues and Suicide Pools for all the games lock up on Thursday evening, more than 60 hours before the rest of that week’s games kick off. And of course I could hold off on posting a column with all my picks until Friday or Saturday, but there’s something to be said about wanting people to actually read my columns. A Saturday NFL picks post may not be seen by anyone until Monday, when it’s too late for my readers to capitalize on my football genius.

So we’re stuck with Thursday, and that means we made picks this week without the following information being known or completely cleared up:

All of those are impactful enough to potentially change our minds about a game, and yet the NFL schedule forces us to pick sides before having all the facts.

If it had been another bad week for me, you’d be stuck reading 4,500 more words on this topic. But as it turns out, Sunday was an extremely successful day. You’ll see how successful at the end of this article.

And it wasn’t just me. Out of the 21 people who are in my Pick ‘Em league, it looks like 19 of them will break the .500 mark against the spread across the 15 games this week. As a comparison, in the three previous weeks combined, only 19 out of 65 sets of picks cracked .500.

That’s all I got for the week 4 recap. Looking forward to Dolphins-Saints tonight, and if my 9-4-1 record against the spread so far this week is any indication, Miami covers the 7-points. Last chance to benefit from my bounceback week.