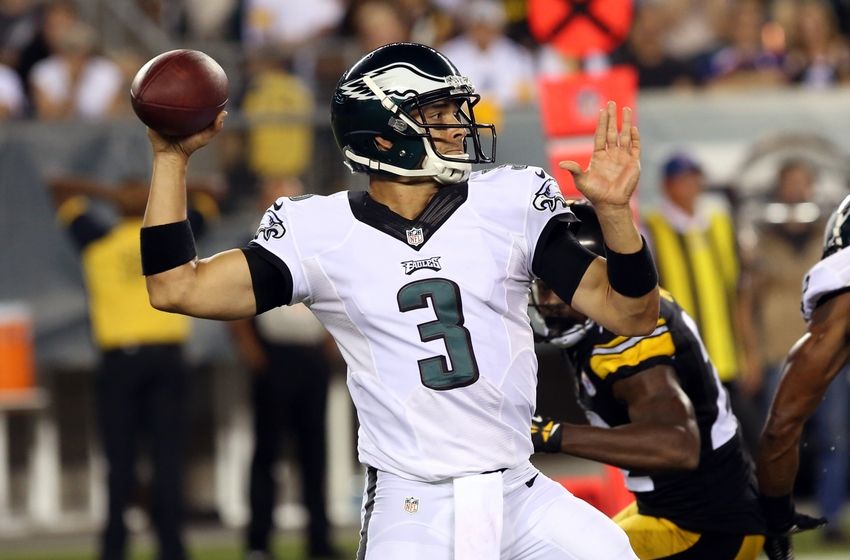 Wasn’t it just yesterday that the Seahawks had their way with Green Bay and the entire NFL fan base was terrified of the defending champs rolling through the league once again?

Doesn’t it feel like we were just recently talking about Adrian Peterson’s crime and what that should mean for his NFL future? (Actually, it was just the other day that this was being discussed all over again.)

Time flies when you’re having fun, they say. I guess that means even though my season record for picks has absolutely tanked at this point, I’m still enjoying this NFL season.

The overriding theme this time of year is “giving thanks.” Even if you have a particularly stressful and crazy family that tends to make Thanksgiving more of a chore than a relaxing event, be thankful for nine hours of football on Thursday. And while you’re watching those games, think of less fortunate people…like me. I’ll be stuck at a five-star resort in Cabo, drinking whatever I want from their all-inclusive menu, and straining my eyes to see the single TV above the swim-up bar (most likely it’s only a 26-inch screen).

So just remember what I’m stuck dealing with on Thanksgiving when you get the urge to complain about Aunt Dorothy’s disgusting green bean casserole.

Before we dive into the picks, here are five items across the NFL that I’m thankful for this year:

And since my season record is shot, I’m running short on time due to Cabo calling, and most people will probably already be in vacation mode by the time I post this on Wednesday, I’m going with some pretty quick picks and thoughts on the matchups this week. Let’s dig in.

I don’t trust either of these teams at this point, but what I trust the least is Chicago, on the road, facing a great defense & pass rush, in a loud stadium, on short rest.

This is the first of their two matchups over an 18-day span, and I’m thinking it’s going to be a pretty easy win for the 49ers. The Seahawks just aren’t awesome on the road this year, and as this is the final Thanksgiving game, they’ll be traveling on short rest. It’s actually very strange that these two division rivals who have the same record and tend to play each other extremely tough aren’t generating the typical line of the home team favored by three. That seems fishy.

The Titans have been especially bad on the road this year. That’s my one takeaway from this matchup. Regardless of Houston’s talent or the fact that Fitzy Three Picks is back to being the Texans’ starting quarterback, the Titans are just a terrible road team.

The Rams’ last two home games have been wins over Seattle and Denver. How the hell am I supposed to expect Oakland to keep this game close? They won’t. Derek Carr facing an intense St. Louis pass rush might be painful for Oakland fans to watch.

A great game for AFC wildcard purposes. Currently the Chargers occupy the #6 seed in the AFC and the Ravens are #7, on the outside looking in. But that changes Sunday because Baltimore at home is almost a guaranteed victory. It may not be as bad as the last time San Diego traveled East (a 37-0 loss at Miami), but the Ravens are good enough at home and might even be sneaky great in general that I’m going with yet another favorite.

The Bills didn’t look like a team that had a chaotic week leading up to their Monday night game against the Jets in Detroit, but that was the Jets…

If you’re Cleveland, you should be scared of a Bills pass rush (and defense in general) going against your almost-always-looks-overmatched QB, and a healthy Fred Jackson facing your horrible run defense. A Bills win will put both these teams at 7-5, which is quite an accomplishment considering the franchises in question.

I thought this line would be more like Cincinnati -8, so obviously I’m picking the Bengals. What’s great is that New Orleans and Carolina are both on the road, and Atlanta has to face Arizona. So we could be looking at a 2-10 Tampa team that’s STILL only two games out of first place when the dust settles on week 13. Brilliant.

The biggest indictment of RG3 is that the line on this game didn’t budge upon Washington releasing the news that Colt McCoy would start instead of Griffin on Sunday. As far as I can tell, my gambling site didn’t even take the line down for a minute to consider any changes or what the personnel change meant. That’s rough.

I’m going with Washington because this line is high and because we might just see this team play tough for a different quarterback. After all, the PotatoSkins are 2-0 in games McCoy starts this year.

The Tom Coughlin Farewell Tour continues this week when the Jaguars get their second win of the season. The Giants played their hearts out on Sunday night trying to knock their division rival Dallas down a peg or two, but I can’t see them playing their hearts out at Jacksonville. If this is it for you, Tom, I’d just like to be the first to say it was a really weird era with you in New York—the annual “has Coughlin lost the team” reports, the two Super Bowls, the frozen face in that playoff game at Green Bay a few years ago. Good luck in your retirement.

Of Minnesota’s four wins this year, two have been against the NFC South. Big surprise. Let’s make it three. Speaking of coaches leaving or being fired, couldn’t you make the case that all four coaches in the NFC South are on the hot seat? Imagine a division that turned over all four head coaching spots in the same year? In the NFC South, anything truly is possible.

If it’s true that the Steelers play down to their competition, then this should be a close game. The Saints have proven to be no better than the rest of the muck at the bottom of the NFC, and we know how Pittsburgh likes to treat those teams.

Don’t think I wasn’t tempted to pick Atlanta on account of the craziest possible thing that can happen in a given NFL week usually does happen. Imagine this shitty Atlanta team that’s 0-7 outside its division somehow knocking off the best team in the NFC. It’s taking every bit of self-discipline in my body not to do it…..

Even though the Patriots are technically underdogs, it kind of feels like they’re the favorite. Everyone seems to be picking them. Everyone seems to have come to the conclusion that while both teams are playing lights out right now the Patriots are playing lights outer than the Packers. It’s as simple as picking the home team when it comes to a matchup like this.

Such disrespect by the line makers.

By the way, is Andy Reid the Peyton Manning of head coaches? He has a great regular season record, gets to the playoffs a ton, but can’t seem to win the big one. Much like Peyton melts down when the pressure’s on him the most, Reid seems to do the same in late-game clock management scenarios. And they both have a lot invested in the Papa John’s business.

Let’s find out if the Dolphins can win in cold weather, shall we?

And hey, don’t like now, but Geno Smith is back in the starting lineup. Could that be a spark for the Jets? No? OK. It won’t be a spark.

Enjoy your turkey, side dishes, fighting relatives for the best couch spot, having Friday off of work, and of course, all of the week 13 football games.

I’ll be back next week with a more traditional set of NFL columns.