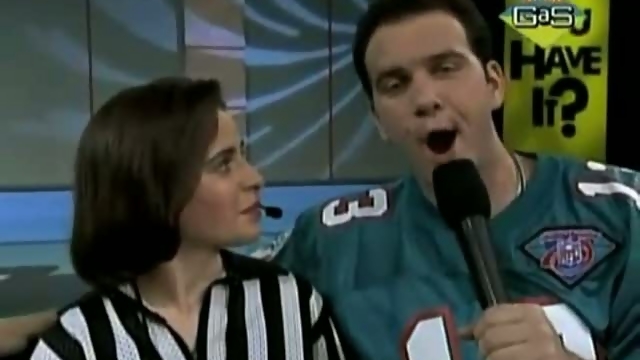 The final day of our Fall TV Preview has us looking at three brand new shows, all of which fall under the pure sitcom umbrella. They are all about families. Parents moving in with their adult children, two separate families forced together suddenly, a single Dad trying to raise his daughter Danny Tanner style.

They all have at least some potential, but they could all be cliche, tired, laugh-tracky failures. Tough to tell which way they’ll go based on the trailers so the only way to really know is to watch an episode or two.

Let’s take a look at these shows premiering on Thursday, October 3rd:

What: A family sitcom where a recently-divorced woman moves in with her recently-divorced son. He’s trying to reignite his bachelorhood and the fun stuff that comes with it, but of course the Mom is always there ruining his good times.

Who: Will Arnett, Beau Bridges and Margo Martindale are the main characters. The show was created by Greg Garcia, who previously created My Name Is Earl and Raising Hope.

Ross’s Take: This is apparently the “in” thing in TV sitcoms these days. We previously previewed Mom and Dads, two separate shows where parents of the main characters are re-entering the picture whether their child wants them to or not. This looks the same. Putting Mom and her adult son in this strange situation where they have to learn to live together. I don’t think it’ll be terrible, but I do fear that GOB Bluth will never find a long term TV show again. I give it a 2.5 out of 5.

Welcome To The Family

What: A sitcom about two very different families that are forced to bond when the slacker daughter in one family gets knocked up by a Stanford-bound son in the other family. Apparently the families come from different cultures and backgrounds so there will be lots of disagreements and misunderstandings.

Who: Mike O’Malley of Guts fame.

Ross’s Take: The story doesn’t interest me at all, but I could see people liking this show because they might enjoy some of the characters. That’s why so many shows that you & I think are lame end up sticking around and doing well. We look at the plot as well as the characters, but a lot of people out there will watch anything, no matter how cliche or unbelievable the storyline, just because they enjoy the characters. I don’t see myself watching more than one episode. Let’s give it a 1.5 out of 5.

Julie’s Take: For the record, I don’t think it has staying power because the storyline’s so weak. But I love Mike O’Malley and I think he’ll get a few laughs. That’s it. It’s getting an almost 3 out of 5 from me.

What: A story about a divorced gay Dad with a successful career whose teenage daughter moves in with him full time. He’s forced to find time for his work life and his new family life. And of course he knows nothing about raising a teenage girl.

Ross’s Take: Not for me. I bet people who liked Will & Grace will love it because that guy seems like a good actor. But doesn’t tickle my fancy. I’ll watch one episode and for now give it a 2 out of 5.

Julie’s Take: Since we don’t know why the Mom’s not in the picture at all, I’m struggling to give this a true rating until I know the full backstory. It seems a little “Full Housey” with the single Dad and heartfelt stories and lessons at the end of episodes. But I like the mean boss twist. I’m giving it a 2.5 out of 5.

There you have it. Twenty-four new and returning show previews in the books. Hopefully you all found a show or two to enjoy this year. If not, you’re probably some weirdo who hates TV. Good luck with that.