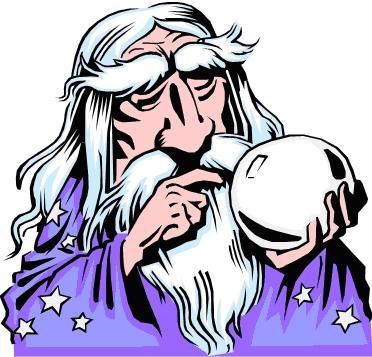 Looking at the betting lines on a Wednesday for the upcoming week’s NFL games is always a great litmus test for how chaotic things currently are throughout the league. Sometimes you get one or two games that still don’t have a line set as of Wednesday, and that’s pretty normal. Every once in a while you get the surprise three or four games without a line at the midweek point. That’s a little crazy. So what word should we use to describe this week? As of 2pm PST on Wednesday, seven of 14 games were without a line. SEVEN! Insanity, wildness, out-of-control, anarchy, epidemic, flabbergasting, jaw-dropping, irresponsible, perplexing…not sure any of those words do it justice.

And of course, injuries are usually the big reason for these line-holds. Although sometimes it’s a bullying controversy that not even the team involved can seem to make sense of. Needless to say, if Vegas can’t figure out how the week 10 games are going to turn out, how are we commoners supposed to do it? For the record, I was extremely tempted to flip a coin to determine each game this week. But the narcissistic side of me that thinks I can outsmart the rest of the world wouldn’t let that happen.

Random side note: If you’re in a Pick ‘Em league and it’s anything like the ones I do through CBSsports.com, then the lines for that league get set early in the week…like Tuesday morning. And they don’t move them no matter what. Once they’re set, they’re locked in. That often leads to some ridiculous-looking lines once we learn about injuries on Tuesday and Wednesday. For instance, in this week’s picks on CBSsports.com, the Packers are 9-point favorites over the Eagles, a line that was clearly set before the linemakers new about the Aaron Rodgers injury. In theory, this results in a free pick because who in their right mind will take Green Bay to win by 10 without Rodgers (maybe me? You’ll have to read on to find out). Always comical when this happens.

Let’s jump into the week 10 picks:

This is the start of three nationally-televised primetime games for Washington over the next four weeks. Either the networks broadcasting these games are going to get a resurgent RGIII leading his team back into the playoff mix over the next month, or a still-not-100% RGIII leading his team to an underwhelming 1-3 record over that time. No doubt about it, the weight of this team is squarely on his shoulders. Remember that his 2012 rookie peers (Andrew Luck, Colin Kaepernick and Russell Wilson) are all locks to make the playoffs. I know Griffin’s the only one who suffered a major knee injury in the past 10 months, but that doesn’t change expectations.

As far as this game goes, I don’t know. Flip that coin. One warning I’ll give you is that the Redskins have the worst special teams in the NFL while the Vikings have one of the best. I’m taking the points. Minnesota wins 24-23.

Don’t think too hard about this one. Tennessee is good, but they aren’t “drop 45 points on the worst team in the NFL” good. The Titans probably run a ton in this game, try to make it go by as quickly as possible while avoiding injuries, and not worry about the score as long as they win. To me this has backdoor cover for Jacksonville written all over it. I’m grabbing the points but saying Tennessee wins 26-17.

Aaron Rodgers’ injury moved this line 8 points. I already told you it was initially a 9-point spread. And these Eagles just happen to have the NFL’s most recent 7-touchdown passer at quarterback. They’ve also won three in a row and four-of-five overall on the road in 2013. While Rodgers is certainly the story in Wisconsin, don’t sleep on Clay Matthews potentially returning for this game. The Packers will struggle against some mediocre teams without #12 under center, but this line came down too much. Green Bay at home should still be giving a field goal against almost every team with or without Rodgers. I say the Packers cover and win, 27-21.

I bet there’s some stat floating around there that states: “Mike Tomlin-coached teams are 6-0 against the spread in games following a 20+ point loss.” I’m always seeing ridiculous stats like that. Like every time Bill Belichick or John Harbaugh are playing their first game after the bye and the broadcast talks about how they never lose those games. I understand you have to make the Steelers a favorite at home against a middling team like Buffalo no matter how awful they looked last week. But I’m not buying it. If this Bills team had been even remotely healthy in the first half of the season, I feel like they’d be the surprise 5-4 AFC East team, not the Jets. But EJ Manuel should be back, C.J. Spiller looks healthy and the defense is legitimately….decent. If Buffalo follows New England’s blueprint from last week—run the ball early and often—they should win this game. I’m saying they get it done, beating the Steelers 23-17.

Was allowing 49 points to a Philly team that couldn’t score an offensive touchdown the previous two weeks an aberration or the Raiders finally showing their true colors? Is it nosedive city from here or will they respond and go back to being that frisky team I loved through the first eight weeks of the season? I don’t know. But I do know I can’t in good faith pick the Giants to beat any team by more than a touchdown right now. This line feels like an overreaction to the Raiders’ no-show last week combined with the Giants being on extra rest after the bye week. I can’t pick Oakland to win, but I can pick them to cover. Giants win 27-23.

In a slightly bizarre twist, the Colts haven’t beaten anyone at home this year by more than six points. Their two blowout wins have both come on the road. But let’s assume that’s somewhat random and ignore it. The one area the Rams seem to be good at right now is their pass rush. But based on what I’ve seen from the Colts lately, protecting Andrew Luck isn’t the reason they struggle. It’s dropped passes. Dropped passes directly led to their week 6 loss in San Diego, and it was almost their downfall last week in Houston. I think Luck put his worst half of the season behind him at the start of the 3rd quarter last Sunday night. And I think the Colts roll to a cover and win, 34-17.

I need Seattle to lose one road game other than when they face the 49ers in week 14 or else my power rankings from Wednesday might look bad. Not saying this is the game they lose, but you can bet your ass that I’m going to bet against the Seahawks in this game and when they play at the Giants in December. Actually, I am saying this is the game they lose. Atlanta wins outright, 21-15.

The AFC North was one of those divisions that before the season you could have penciled in each team going 3-3 in divisional games, losing all their road games and winning all their home games. And you know what? That’s exactly what has happened so far. No road team has won against a division rival so far. Sometimes the simplest logic presents itself and a lazy slacker like me jumps all over it, regardless of the infinite additional factors that should be considered. Baltimore wins 33-27.

Oh, hey there, other division that we could also pencil in all the home teams to win their intra-division games. If Aaron Rodgers doesn’t get hurt in that Monday game, the home teams in these divisional matchups, not including Minnesota, would also have held serve through the first nine weeks of the season. And since I just ranked the Bears one spot ahead of the Lions in my power rankings, I should choose them to win at home. With or without Jay Cutler, I think Chicago gets it done with a 31-30 win. Yes, that would put the Lions on the losing end of the exact same outcome of their game against Dallas a couple weeks ago.

Carolina’s current four game win streak comes against opponents with a combined record of 6-27. San Francisco’s five game win streak comes against opponents who are 13-28. It would have been nice to learn something about either of these teams over the past month, but it’s basically been preseason games and scrimmages from a competitive standpoint. I think this line’s just a little low. No one knows how great Carolina has been more than me. I have a borderline obsession with them. But the 49ers are at home, getting healthy and feels like one of those teams that plays its best football in November and December. I think it can be a close game with San Francisco still covering. I say they do by a score of 33-25.

Hmm…I’m thinking about making this my most confident pick of the week. Did you know that the Cardinals have the best defense in all of football according to Football Outsiders? Did you know that three of Arizona’s four losses this year were @New Orleans, @San Francisco and home Seattle? This team beats the bad teams and can even beat some decent ones (they’ve got wins over Detroit and Carolina). I think Case Keenum has his toughest day as an NFL quarterback so far. The Cardinals cover and roll to a 27-13 victory.

Tough week for the Chargers. They lose an overtime game on the other side of the country that they probably should have won in regulation, have to fly all the way home and then start preparing for a Broncos team coming off their bye. Every time I want to simply pick against San Diego due to their lack of mental toughness, I have to remind myself that Norv Turner isn’t coaching this team anymore. I think the perfect medicine to help the Chargers get over that loss in Washington is having to focus on the toughest team they’ll face this season. I see San Diego getting up for this game in a big way. Call me crazy, but I like Philip Rivers and company to get an enormous win…let’s call it an overtime victory with San Diego winning 38-35.

It’s not a matter of who wins this game, but rather how badly do the Cowboys lose? Do they keep it relatively close? Or are they simply the best of the bad NFC teams and we’ll get to see the Saints embarrass them? New Orleans has won all their home games by an average of a lot this year. Their one previous primetime matchup in 2013 against a decent team ended up in a 21-point demolition of the Dolphins in week 4. Maybe it’s a little bit closer in this game, but not much. The Saints cover and win, 34-23.

Talk about a stay-away game. If this had been a normal week, I’d love the Dolphins to ride that momentum from their Halloween night overtime win against Cincinnati and paste the Bucs. But this was not a normal week, as you may have heard. What will losing a second starter in two weeks from the offensive line do to this team? Maybe more importantly, what the hell were the Bucs doing up in Seattle last Sunday? Was that a sign of things to come, or was that simply a team throwing everything in their playbook at an unsuspecting opponent? I can’t figure this game out so I’m taking Tampa Bay with the points. The Bucs get their first win of the season by a score of 16-13. Just an incredible Monday Night Football matchup.

If you’re keeping score at home, in week 10 I’m picking:

Enjoy week 10 while I go slap your real mother across the face [laughter].