If you missed part one of the NFC tour, where we previewed a possible juggernaut of a division (the North) and the likely punching bag of the conference (the East), check it out HERE. 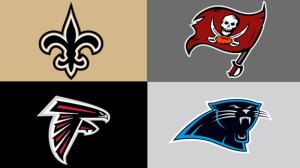 Sure, I’ve disliked Seattle since before disliking Seattle was cool, but I’ll admit their presence makes everything more interesting. We haven’t had many Super Bowl winners lately who were a legitimate threat to repeat or kick off a dynasty. It makes every game they play that much bigger. It gives us a little bit of a villain to root against. I hate ’em but I’m glad they’re in my life.

Next week we’ll get into win/loss records for each team, and until then, I’ll be trying desperately to convince myself that we’re NOT heading for a Seattle/Denver repeat in Super Bowl XLIX.

Enjoy week three of the preseason. The over/under on the number of times a media person calls this weekend a “dress rehearsal” is set at 725.5.