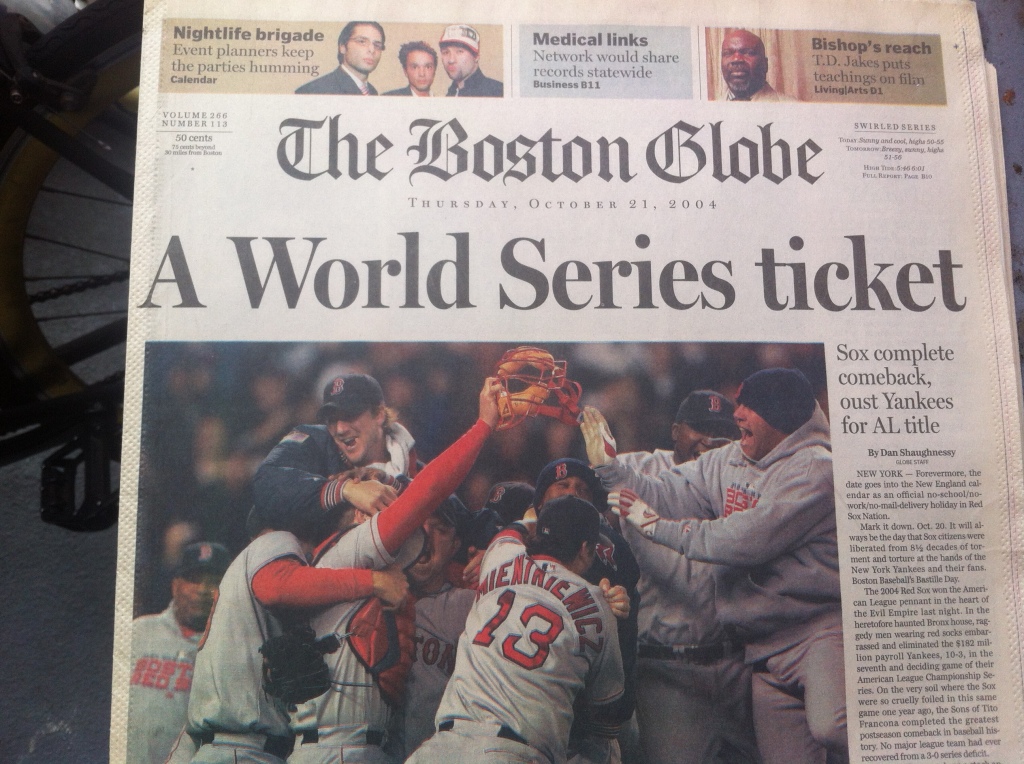 Ten years ago today the Boston Red Sox did the unthinkable when they completed the greatest playoff comeback in baseball history.

You may recall the details (and you’ll likely see lots of articles, Facebooks posts and Tweets about it today): The Yankees dominated the Red Sox in the first three games of the 2004 ALCS, all hope was lost once again for Boston fans, and then the Sox flipped the script and won four straight.

Ten years ago today the Red Sox won that stress-free game 7 at Yankee Stadium. The final score was 10-3, but it wasn’t even that close. (Did Terry Francona really insert Pedro Martinez into the game in the 7th inning or did I dream that?)

Ten years is a significant amount of time in any person’s life, but I’d argue the 10 years between being a 21-year-old and a 31-year-old probably involves more maturing than most 10-year chunks.

With that in mind, here are eight memories from that historic day of October 20th, 2004, and how the current 31-year-old me would react to those memories now.