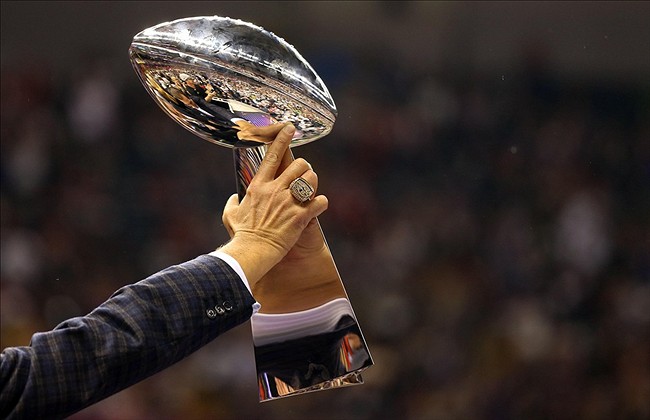 In just about nine hours, our annual summer nightmare of no football ends as the Seahawks and Packers face off in the always-interesting Thursday Night NFL Opener.

Only the most negative person would have a complaint about the start of the NFL season, and here it is: We have to wait a little more than 60 hours for more football after tonight’s game ends.

That blows, but I’m not going to let it get me down. Soon enough our senses will be overloaded with nonstop Sunday football.

We’ve been pumping out article after article of NFL previewy goodness over the past couple weeks, and now it’s time for our final preseason post.

Neil and I have staked our claims to each team’s win-loss record (with a ridiculous bet to back it up) and we’ve gone through all the individual accolades. We’re moving on to the only thing that truly matters, which 12 teams make the playoffs and who’s left standing in Arizona on February 1st, 2015, hoisting the Lombardi Trophy.

Neil will take you through his seedings and rationalizations first, and then I’ll finish her off.

Normally my picks against the spread for all games will come on Thursday, but since I’ve been working on preview articles all week, I need a little more time on the other 15 games. But here’s my pick for tonight’s game:

Over Labor Day weekend I went on a 25-mile backpacking trip on the Lost Coast Trail in Northern California. So you can understand that I’ve never thought about a single point spread in my entire life as much as I thought about this opening game (lots of thinking time while setting the world record in the quickest blisters to ever form category). I came to one conclusion: If Seattle’s favored by more than six, I’m taking Green Bay. If Seattle’s favored by less than six, I’m taking them to cover. The line lands exactly on six, perfect. I think it’s far more likely that the Seahawks are still a significant level above a team like the Packers than it is that Green Bay’s closed the gap enough to cover less than a touchdown on the road in the Super Bowl Champ’s opening game.

I’ll be back on Friday with the rest of the week 1 picks. Enjoy the Richard Sherman over saturation tonight!