[Editor’s Note: In my ongoing attempt at bringing my readers something other than sports blogs, here is my third movie review of the summer. It’s incredible how at-home you can feel on a Tuesday afternoon in an empty movie theater. Like I’m just watching a show in my living room, hand down my pants and all. If you didn’t read my other movie reviews from earlier in the summer, check them out HERE and HERE. Enjoy]

If you haven’t heard much buzz over Fruitvale Station, that’ll probably be changing soon. Though it came out on July 4th, it only got released nationwide about a week ago. And come award season, you’ll be hearing all about this film and its lead actor, Michael B. Jordan. 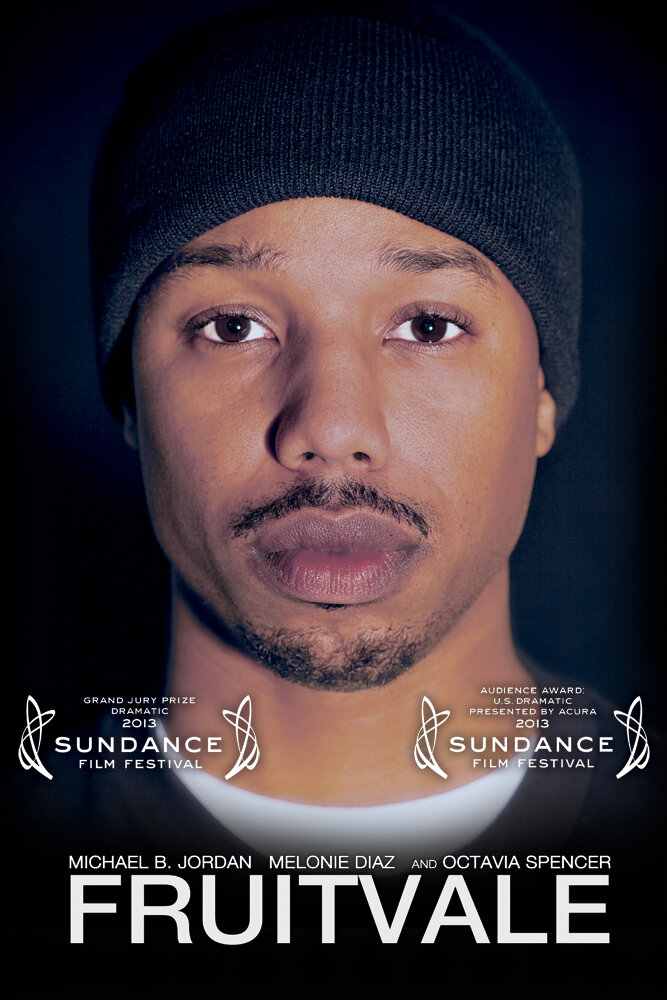 The film is based on a true story about the last day of Oscar Grant’s life leading up to his savage murder by a Bay Area Transit Police Officer on New Year’s Day 2009.

The murder and the subsequent trial of BART Police Officer Johannes Mehserle became a national topic not unlike the George Zimmerman/Trayvon Martin case.

I’m not one to traditionally seek out politically-charged movies where race is at the center of a tragedy, but this all happened in my backyard as I was living in San Francisco at the time. I’ve gotten off the BART train at the exact station where Grant was shot (Fruitvale) a handful of times. It also turns out that a friend of a friend edited this entire movie, and I heard some Oscar buzz rumblings before the movie was even released. All of that plus my appreciation for all things Michael B. Jordan made it a must-see.

Jordan has been on a nice career path over the past 12 years (I say if he wins an Oscar he gets to drop the “B” and just go by Michael Jordan): He played Wallace on The Wire, a small but impactful role; then came the hotshot high school quarterback role of Vince Howard onFriday Night Lights; he followed that up with his first major movie role as a teenager with superpowers in Chronicle (I hated it, but plenty of people enjoyed it); and finally the lead role in Fruitvale Station. There’s also a rumor out there that he’ll play the lead role of Apollo Creed’s grandson in a Sylvester Stallone-produced spin-off of Rocky.

Needless to say, the guy can act. I can’t see his career not taking off on an even grander trajectory after his turn as Oscar Grant.

It’s a tough movie to get excited for because you know the ending ahead of time, and it’s a terrible, gut-wrenching ending. This innocent man is going to die. And that’s why I said it’s a fantastic movie that you’ll never watch twice. It’s not a comedy where you can pick up more humor the more you watch it, or an action movie where you want to see a crazy chase scene a second time.

You’re literally watching the final 24 hours of a young man’s life, hoping that somehow the ending is different than what you saw on the news in January 2009.

When I say innocent, certainly I don’t mean that Oscar Grant was a saint. He had spent time in prison, he was trying to quit dealing drugs to make sure he’d be around for his daughter and girlfriend, but early on in the movie we see that he just got fired from his grocery store job for constantly being late.

And that’s pretty much what we get to see Grant go through on the final day of 2008: he knows what’s important to him now, and he’s trying to get his life on track to provide for his family, but he keeps getting in his own way.

It’s a simple story all the way up until the fateful BART ride home to the East Bay after Grant and friends watch fireworks in San Francisco. That’s when things get complicated, inexplicable and tragic.

If you saw the movie Argo, you remember that final 10 minutes when they were going to the airport to make their great escape. You were probably sweating from the suspense even though you knew the outcome ahead of time.

It’s the same way in this movie once the cops show up to Fruitvale station and all hell breaks loose. You want to jump through the movie screen and tell the cops they’re overreacting, and that the guys they’re holding aren’t the ones who started the fight.

But it’s a pointless struggle as we watch the inevitable happen.

You should see this movie if: You enjoy movies based on true stories, even if it’s a sad story. You enjoy thought-provoking, authentic-feeling movies. You know of the Oscar Grant shooting vaguely, and you want more details. You want to knock one of the Academy Awards contenders off your must-watch list before the January/February scramble where you try to cram all the nominees into your viewing schedule. You’re a fan of brevity…this movie clocked in at 85 minutes long (I waste more time nightly watching Kardashians, Houswives or one of the 35 wedding shows that my girlfriend watches on an endless loop).

You should not see this movie if: Either by being a blatant racist or just an old person, you assume young black men are up to no good and you were OK with seeing the BART Police Officer get off with only involuntary manslaughter. You support George Zimmerman. Hearing someone call San Francisco “Frisco” will make you want to strangle that person (Oscar’s girlfriend keeps referring to the city as “Frisco,” which no one really says, right?). You only enjoy movies that take place in fairy tale worlds where everyone eventually gets what they want. You don’t enjoy heavy content in your movies. You want to walk out of the theater smiling and feeling good. You’re a mother who won’t be able to hold it together as you watch another mother lose her son.

Like I already said, I can’t imagine Fruitvale Station is a movie you’re going to want to watch over and over, but everyone should see it once…for the story itself and the brilliance of Michael B. Jordan.