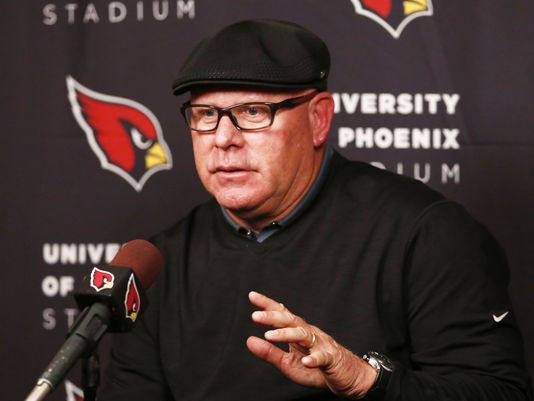 While the NFL’s Hall Of Fame Game last Sunday gave us a little taste of the preseason, it was yesterday that the real craziness began. Six preseason games on Thursday, six more today and four on Saturday. And for the next four weeks, that schedule basically repeats itself.

For the second straight year, I’d like to plead my case for watching all 65 preseason games (all of which can be viewed on the NFL Network, as their ads repeatedly tell us).

Only a lunatic would watch these 65 games in their entirety. What I’ve always said is that you should DVR the games and watch all of the first half while fast forwarding through any stoppage in action. That way you can see the starters and the second-stringers who are fighting for starting jobs in about 35-40 minutes.

In my opinion, it’s the only way to truly evaluate players and get a leg up on your fellow fantasy competitors. And there’s nothing more gratifying than “discovering” a player in the preseason that goes on to have a huge year. You feel like he’s your guy and you feel like a fucking genius for seeing the talent during preseason while everyone else was simply reading the same canned reports from the media (this is exactly how I figured out Jordan Cameron would be a great tight end selection in fantasy last season).

Let’s face it. You can’t learn much from coaches’ press conferences, player interviews or analysts’ reports during training camps. I’m pretty sure 100% of what they all say is bullshit. And you can’t blame them either. There is so much coverage that these people are forced to give us sound bytes and quotes every day for five weeks when most of the time there is nothing new to say. I’d fall back on the same tired cliches if I were in their shoes too.

So one more time, here’s my advice: Stop tuning into ESPN’s or the NFL Network’s nonstop football programs and spend that time watching the players with your own eyes. I promise you will discover something that either wins you a fantasy league or sends you on the path to gambling glory.

In that vein of ignoring all the noise out there, let’s run through the list of maddening terms and phrases that you’re likely to keep hearing for the next four weeks until the real season begins.

Regarding a player’s physical attributes…

Interestingly enough, dozens of players fail their initial conditioning tests when training camp opens up. But we never hear quotes like “He’s in the worst shape of his career,” or, “He looks terrible. He added at least 25lbs of fat in the offseason.” Nope. Everyone just got jacked in the offseason, apparently.

Regarding a player’s commitment…

In theory it should be impossible to say this about more than one person on any team, yet we hear it CONSTANTLY. The words “first” and “last” are singular things, yet all 53 starters on each team seem to be able to earn this rare status of commitment.

Regarding a player’s off the field demeanor…

Media people gotta be careful with this one. I specifically remember stories published about Aaron Hernandez that trumpeted this same level of politeness and respect.

Regarding plans for having the best offense in the NFL…

Every year we only get a handful of truly fast-working offenses (Denver, New England, New Orleans and Philly come to mind from 2013), yet you wouldn’t know it by sound bytes from each August.

Regarding a new QB/WR combination…

Sure they are. When was the last time we heard that a new wideout wasn’t developing incredible chemistry with the star quarterback?

Regarding things getting heated on the practice field…

Or, maybe you just have a bunch of assholes on your team….or maybe one player fucked another player’s wife. One way or another I’m sure it’s enhancing the team chemistry.

Regarding a team’s lofty expectations…

I hate to be the one to say this, but odds are it’s going to be bust.

And my favorite one…

Ahh, yes, two sides of the second year player coin. Which is it? Is the slump a real thing? Is year two the usual breakout year? Depends on which media person is talking and what case he’s trying to make about that player.

Bonus Section –  Five “NOs” every football fan should be looking for out of his team during training camp:

What do you all think? Did I miss any obvious cliches? Feel free to add your own.

I’ll be back next week with the beginning of division-by-division analysis.