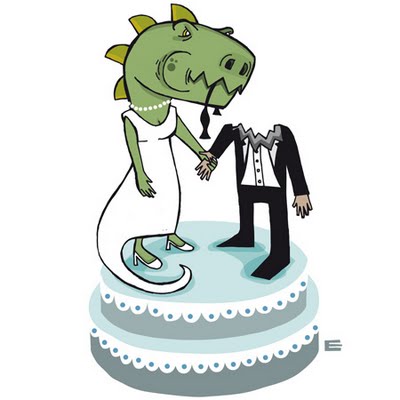 So this was supposed to be our big challenge as a newly engaged couple? Planning a wedding? I’m insulted.

Sure, it took my fiancee and I nearly two months of searching to find the perfect venue, and we accidentally ordered 950 return address stickers that it turns out we don’t need, but if that’s the worst of it, this wedding planning thing is a friggen joke.

For those of you who have successfully planned a wedding, I can see you reading this and bursting into laugher.

Fair enough. It’s true that we’re only scratching the surface with the planning. We haven’t yet had to tackle the details of a wedding day timeline, seating arrangements, which of our many vendors are going to forget key things or show up late and what the contingencies are. There’s a lot of planning to go, and I’m sure it’ll get harder. But I still don’t believe it has to be stressful.

So what have we done so far? We’ve locked in our venue, hired most of the major vendors, designed a save the date and finalized the guest list.

Let me take you on a brief stroll through these past few weeks.

I have to imagine this is the most frustrating part of the early-on wedding planning for many couples. You’ll find that no two venues are alike, specifically in terms of what services are included, which services you’re required to use one of their “preferred” vendors for, what restrictions they have on timing, noise, decorations, what type of toilet paper you’re allowed to wipe your ass with…

And when choosing a venue you can’t think ONLY about the venue. You have to think about how close or far hotel accommodations are, how curvy the road is to get to the venue for your fiancee’s side of the family who apparently all get car sick very easily, what the weather’s going to be like, what part of the sky the sun sets in compared to where you’ll be standing as you say “I do.”

All of that is going to bother you a little bit, but it’s the photos that some venues put online to demonstrate how awesome their spot is for a wedding that will really make you scratch your head: 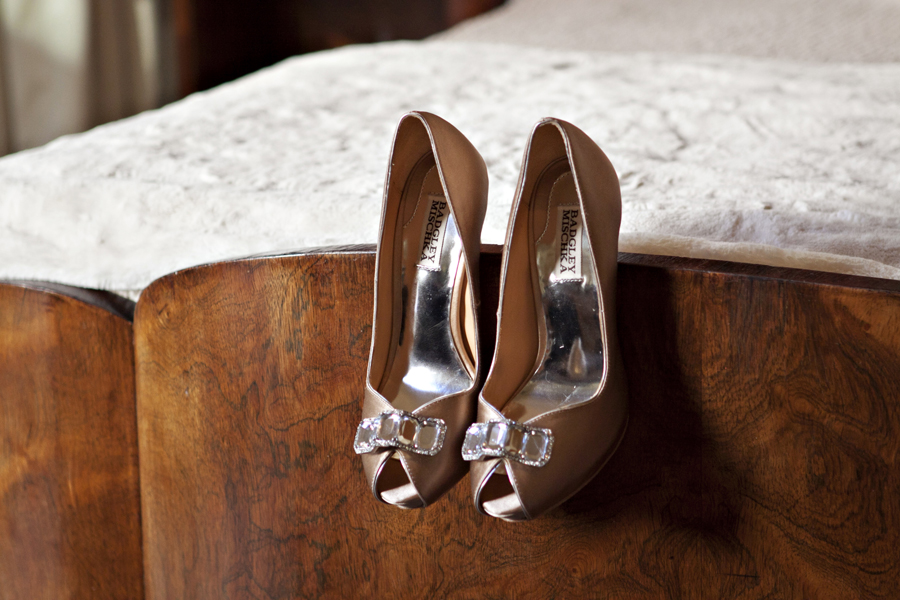 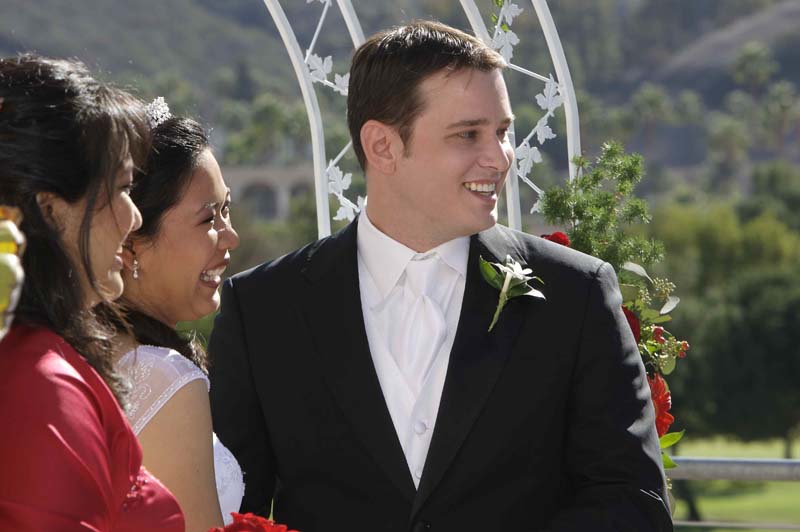 Oh look, this venue allows for appetizers to be passed around on wooden platters! And there’s a perfect place for the bride’s shoes on a random bed at the venue! AND…OH MY GOD…this venue is so good that the bride & groom are actually smiling during the ceremony! BOOK IT, QUICK! DO IT!

I just want to scream at so many of these pictures: ZOOM OUT!!!

I know. Weird thing to be so passionate about. But when you’ve looked at 50+ venues and each of their websites has roughly 30-100 photos to browse, it gets pretty obnoxious to have to deal with these pointless images that do absolutely nothing to enhance the attractiveness of the venue.

You probably think I’m about to complain about the apparent 900% mark-up that all caterers charge just because it’s a wedding. I’m not.

Instead I want to talk about an important lesson learned.

One of the bonuses of the caterer selection process, so I’ve been told, is the opportunity to do tastings. After reading reviews of the two catering companies we were considering, we felt pretty confident the food would be good. But one friend who recently got married said he had an awful tasting experience so he highly recommended doing it to be sure of the quality. And another friend has been talking for years about how the tasting was his favorite part of the entire wedding process.

For those of you who don’t know, my fiancee and I live in Los Angeles. We’re getting married in San Diego. From an efficiency and logistics standpoint, we decided to load up on as many vendor visits as possible on our last trip to San Diego. This resulted in our first tasting happening on a Friday morning at 10am, and our second tasting happening at 12pm on that same Friday.

This turned out to be a major misstep. While people told us about tastings in the past, they didn’t really tell us ABOUT tastings. We didn’t realize that each caterer would roll out multiple hors d’oeuvres followed by three entrees for each myself and my fiancee. We didn’t share each of the three entree choices. We each got served all three entrees. This would have been an absurd amount of food if we were only meeting with one caterer that day.

I ate salmon, beef, shrimp and crab cakes at 10am and washed it down with sliders, short ribs, summer squash ravioli and more salmon at 12pm. The tastings themselves were awesome. The 10 hours immediately following them were the worst.

My recommendation is to limit yourself to one tasting per day.

My final question about the caterer experience: Which of these is more awkward?

I’ve made several suggestions for saving money throughout this wedding process (you’ll see some more ideas that got shot down below), and one of them was to just have an iPod playing music and cut the DJ out entirely. Well, that didn’t gain any traction with my bride who is solely focused on the dancing aspect of the reception. When we met with our DJ, he assured me that beyond being a glorified iPod, he also has the ability to “read the room.” I’m intrigued to see what this means and how valuable I think it is compared to the money paid for his services.

His one example of reading the room: “If I’m playing Michael Jackson and no one is dancing, then no one’s ever gonna start dancing.”

Only one note on this particular vendor. My fiancee was not on board with scrapping a photographer and instead having all of our family & friends take pictures all night on their phones and send them to us after the wedding. I can’t imagine how that idea wouldn’t have worked perfectly.

This is by far the most absurd vendor of the bunch. I understand flowers are a necessary evil for any wedding, but you can’t price your flowers out as if they are the very last flowers on earth. That’s not fair.

What’s worse is that I know how much flowers should cost. Every time I fuck up in my relationship, I buy a nice bouquet of flowers because I find it’s a better solution than showing actual remorse. Those bouquets generally cost $20-$30. The bouquets that each bridesmaid will walk down the aisle with at my wedding? Four or five times that cost! Atrocious.

OK, so maybe the bouquets are needed. Fine. But can’t we skimp on the centerpieces? Why do those have to be flower arrangements? You know what’s a better and cheaper idea? A bobblehead doll of a different Boston athlete at each table. That way you can even name the table after the athlete who’s occupying it.

“Oh, Matt, I noticed you’re seated at the Carl Everett table. That’s a good one.”

Just know that if the wedding doesn’t happen, no matter what excuse we make, it was because we could never compromise on the flowers. 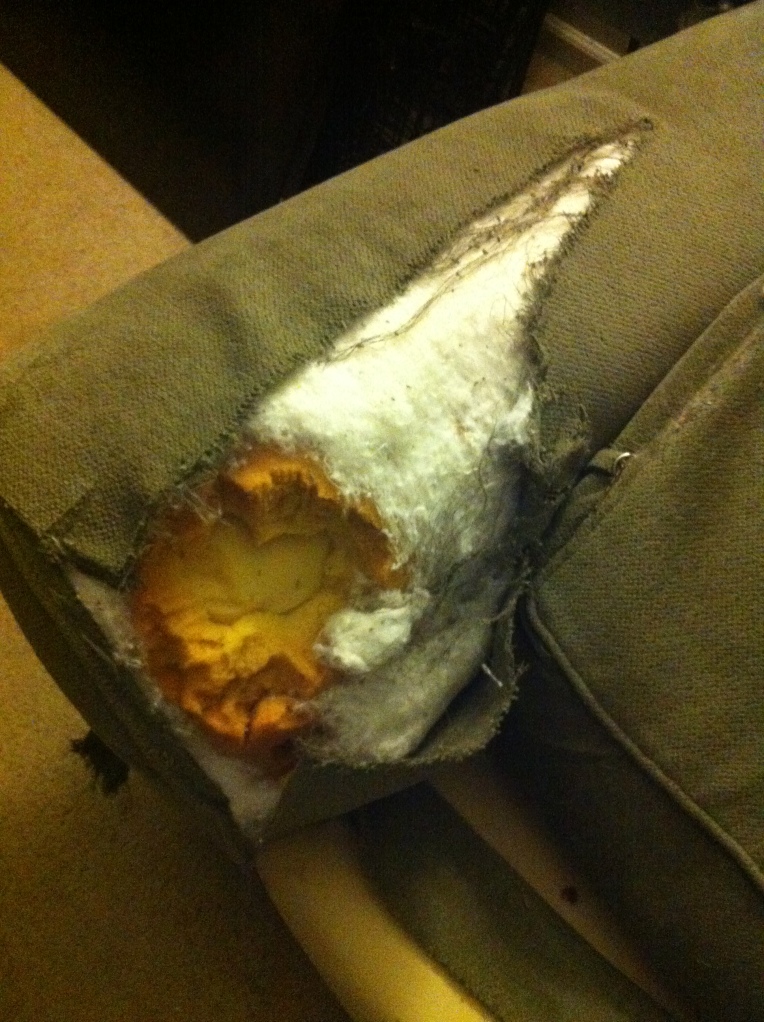 2 thoughts on “Wedding Planning Update: This is Too Easy”