What a difference a week makes. Where last week’s recap was 100% misery, this week’s recap is all about happiness and the amazing day of football we just witnessed (OK, technically there was barely a recap last week, but you get the point….last Tuesday was a miserable day for a Patriots fan).

A cynic like myself could always find things to be angry about after a Sunday of football (Dallas not covering the spread, more injuries than I can count, Peyton Manning having too easy of a life), but that’s not what today’s recap is all about. Yesterday was just too good to be unhappy. I’m seriously wondering what we did to deserve such an incredible set of games on Sunday.

Here’s what I loved about week 5:

What does that even mean and how can I use it in normal everyday conversation?

After week 6 it might be a good time to take a step back and see how things are shaping up with division races, playoff contenders, AFC vs NFC quality and a bunch of other things. Expect that next week.

And of course, week 6 picks coming on Thursday.

If you missed part one of the “Touring the NFL” series where we covered the AFC North and East, you can find it HERE.

Today we get to put the AFC behind us for a while, which is nice because it’s really difficult to get excited about more than three teams in this conference. 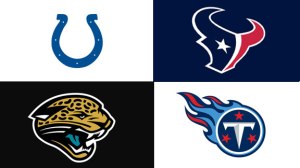 Phew. We made it through the crummy AFC. Good work, everyone! I’m going to take a three-day shower to cleanse myself from that filth, and then I’ll be back early next week with the NFC.

For you Red Sox fans out there, when was your “I’m out on this team” moment? Mine was this past Saturday. It was about two in the afternoon when I was casually flipping through channels and paused on their game against the Yankees. Julie saw the game on and asked why I hadn’t been watching it from the start. Uhh, isn’t it obvious, Julie? Because I’m busy watching a Jaguars vs Saints preseason football game, durr.

So on a day when the Sox were putting up a convincing win against the Yankees of all teams, I was not only choosing to watch a meaningless football game between two teams I don’t care about, but I was finally ready to proclaim the baseball season over. I have a feeling many of you were probably out on them long before I was. And if that’s true, good for you. If you were lucky enough to somehow ditch the Red Sox way back in April or May, congratulations, you wasted a lot less time this summer than I did.

Now before you all start screaming at me for being a fairweather fan, you should realize I’ve hung around for plenty of playoff-less Red Sox seasons. But isn’t it OK to give up early on a Red Sox team that is easily the least likable of my lifetime? I can deal with watching meaningless games in September, but I can’t deal with watching meaningless games in September while the actual baseball takes a backseat to ridiculous drama between the players, manager, ownership and local media. If I want a dose of daily drama, I’ll start DVR’ing Days of Our Lives again.

And for the few people reading this who are excited for that moment in six weeks when the Sox miraculously clinch a playoff spot just so you can rub it in my face, here’s a dose of reality:

The Sox would probably have to go 33-8 over their final 41 games (would get them to 92 wins) just to have a shot at a wild card spot. Does it seem like they have that type of run in them? What if I told you 29 of those 41 games are against playoff-caliber teams? Would that help you detach yourself from this team and move on with life?

All of this is a long-winded way of saying I have another dilemma. Just like I wrote about back on April 12th (“Should I Pay to See the Red Sox or Not?”), I now have the option to go see the Sox play in Anaheim in 10 days, but I’m on the fence. Do I go because it’s the Sox and it’s a stadium I’ve never been to? Or do I skip it because it means paying for a ticket, enduring 90 miles of driving (half of which would be during rush hour trying to leave LA), and trying to root for a team that doesn’t seem to give a shit about winning?

I think a quick look at the NFL preseason schedule just made my decision easy…the Patriots play the Giants on the same night as the Red Sox game. Yes, it’s a preseason game, and yes, the NFL Network is bound to show 355 replays of the Patriots’ Super Bowl loss to the Giants from six months ago, but that still might be less painful than watching the most pathetic team in baseball.